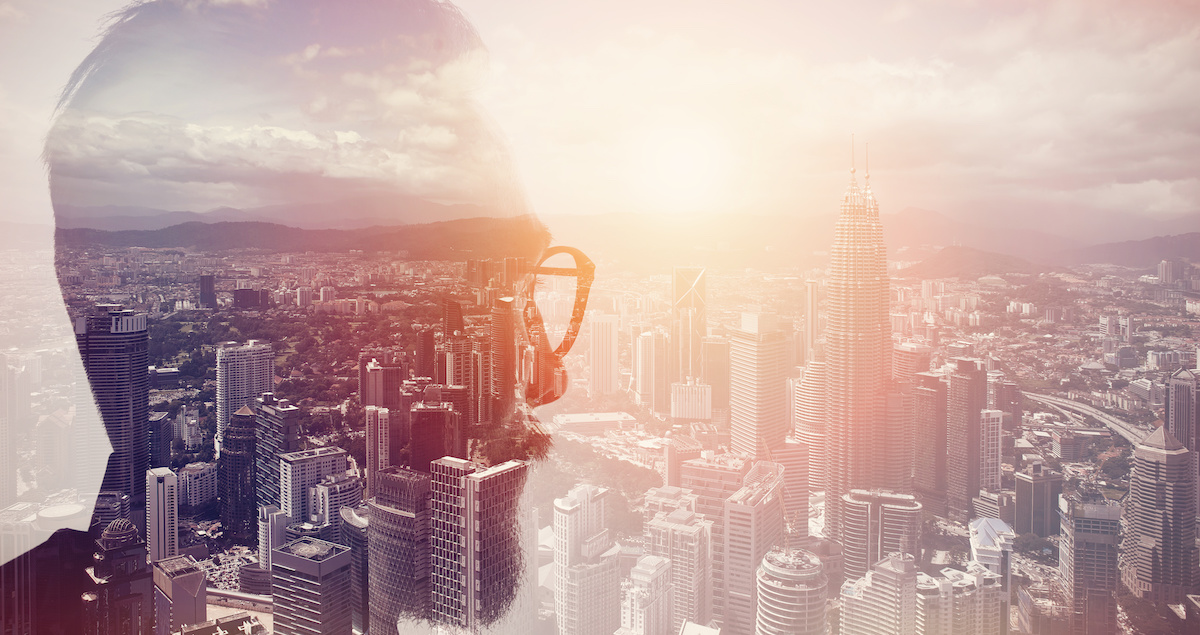 FoliuMed has announced the appointment of former advisor to the Clinton administration Howard Glicken to its advisory board.

Glicken will be Brigit a waltz of experience to the FoliuMed advisory board. Having served as a private sector advisor to the Clinton administration on Latin American affairs, Glicken was also the President´s private sector delegate to the Inaugurations of Presidents of Argentina, Uruguay, Peru and Ecuador.

Additionally, he testified before the US Congress on the Free Trade Area of the Americas and is a member of the US/Brazil Business Development Council.

In his role at FoliuMed, Glicken will expand institutional and business relationships in the Americas.

Glicken commented: “What impresses me most about FoliuMed is its leadership team led by founder Oliver Zugel.

“Since 2018 it has built the company with its own capital and is selling innovative products in eight countries. By sourcing cannabis ingredients from its farm in Colombia, it offers German pharma-quality at affordable prices.”

Oliver Zugel, founder of FoliuMed, a medical cannabis company with manufacturing and R&D in Germany and cultivation in South America, commented: “We are honoured to be able to count on Howard’s advice and mentorship, including his views on the upcoming German adult-use regulations.

“His over 40 years of experience in business and politics and background as a successful entrepreneur make him a valued member of our advisory board.” 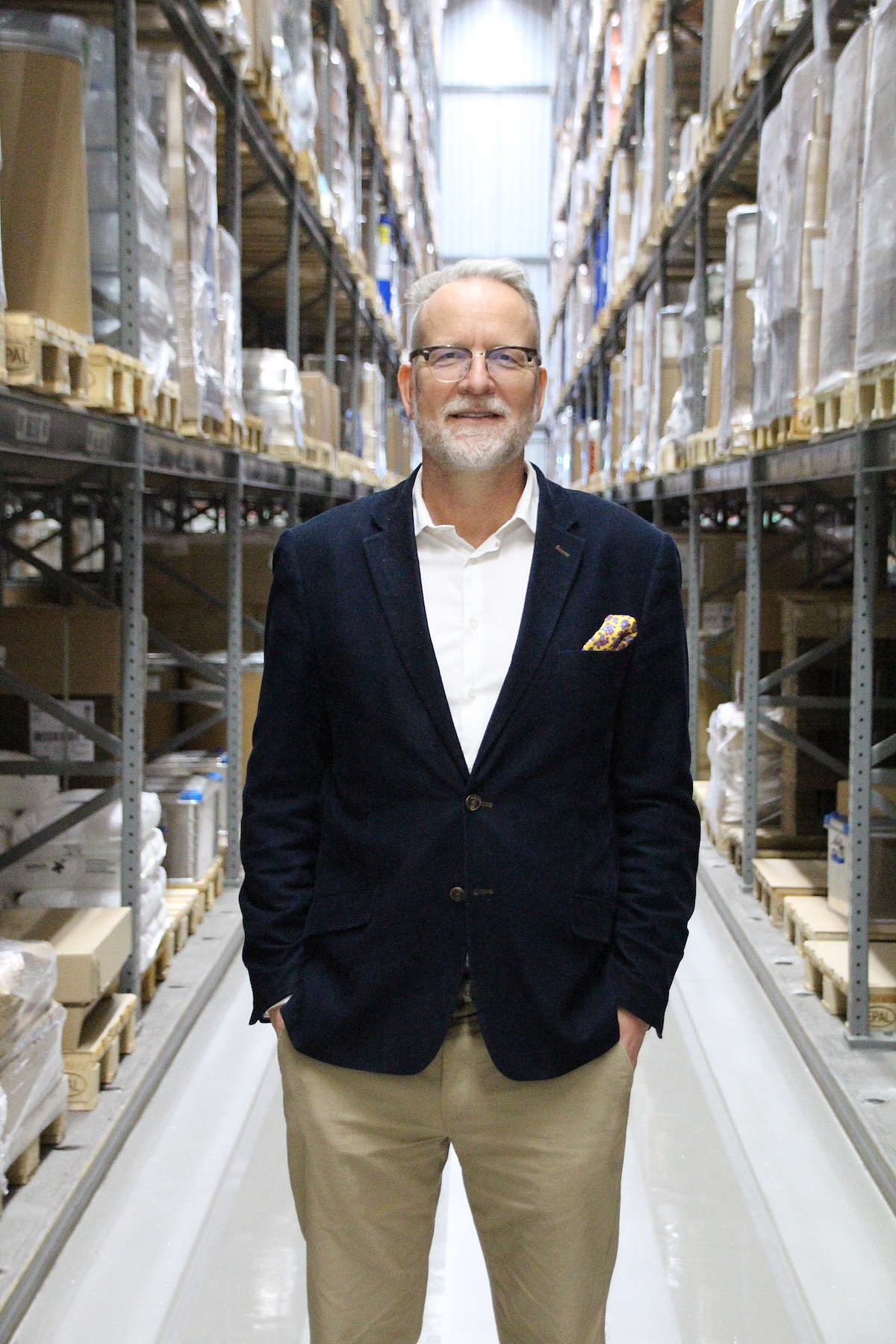 During his political career, Glicken also has been national vice chairman of finance of the Democratic Party, a member of the national finance board of directors and a managing trustee of the party.

Related Topics:Cannabis industryleadershipmedical cannabis
Up Next

Cellular Goods makes changes to board, welcoming author as NED

Cannaray: “We aim to become the leading medical cannabis player in Europe”

Cannaray recently closed a £10 million funding round to expand its medical cannabis arm. 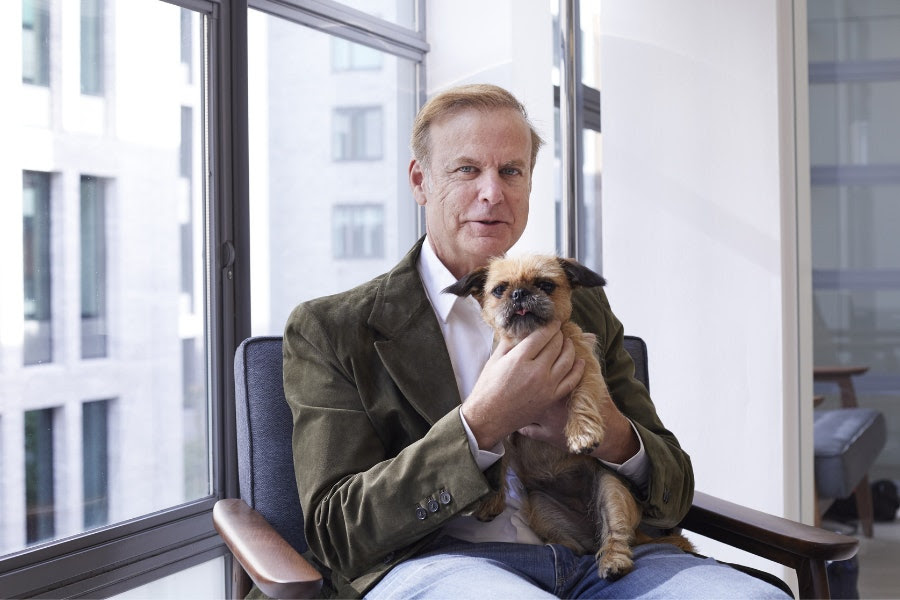 Cannabis Wealth caught up with Cannaray CEO Scott Macguire to hear about the company’s plans to expand its medical cannabis division following a £10 million funding round earlier this year.

In April this year, Cannaray closed a £10 million funding round that included a significant investment from Channel 4 Ventures. Cannaray believes the investment was a first of its kind in Europe for a major TV broadcaster.

Three months after the funding round, Cannaray is making inroads into the German market via a new partnership and preparing to open its first medical cannabis clinic in the UK.

“We were delighted to close on an amount above our initial targets, considering the difficult capital markets,” Cannaray CEO Scott Macguire told Cannabis Wealth.

“It was a great sign of confidence in the company to see existing investors come back in for this round as well as welcoming major new investors such as Channel 4 Ventures. TV advertising has taken Cannaray to new heights, so we’re thrilled to be able to partner with Channel 4 to continue to drive rapid growth of the brand.”

Other participants in the round include Three Bridges Private Capital, Alpha Blue Ocean and a mix of new and follow-on private investors.

Cannaray’s group of companies spans both medical cannabis and CBD wellness brands. Its CBD brand is already well-established in the UK. In the summer of 2021, Cannaray launched the UK’s first major brand campaign for CBD on TV. In addition to a high-performing B2C site, the brand is also stocked on Amazon and in over 1500 retail outlets across the UK including Tesco, Superdrug, ASDA, Waitrose and Harrods.

Now, the company is turning its focus to medical cannabis. The majority of the recent raise will be channelled into Cannaray’s medical division Therismos as it seeks to scale and expand its footprint in Germany and the UK.

“Our aim is to become the leading medical cannabis player in Europe,” Macguire said. “We have significantly strengthened our position over the last year to cover supply, distribution and prescription of cannabis-based medical products (CBMP) across Europe.”

In Germany, Cannaray recently embarked on a “transformational” partnership with Alliance Healthcare Deutschland – a division of Walgreens Boots Alliance – to help establish the brand’s presence in the German market.

The German federal government announced it would be putting plans in motion to legalise adult-use cannabis in November 2021. After a number of delays, Germany’s health minister Karl Lauterbach announced that the legal process for cannabis legalisation would begin this summer.

“[Germany] is the largest CBMP market in Europe and where AHG has a significant footprint,” Macguire added.

“Our medical cannabis division Therismos will be activating the partnership with AHG with the aim of becoming one of the leading providers of CBPM in a market growing at 13 per cent year-on-year.

“Our pipeline plans include product innovation, new presentations [and] galenic forms and novel technologies that will step change a market that is in its creation phase.”

Cannaray is also looking to tap into the medical cannabis sector in the UK. While only 30,000 patients have access to a medical cannabis prescription currently, there is huge potential for growth with an estimated 1.4 million people self-medicating with illicit cannabis, according to YouGov statistics.

The firm will soon be opening a medical cannabis clinic with the help of leading pain specialists in the UK.

“The UK is our second priority since this market represents the greatest growth opportunity in Europe,” Macguire said. “The UK is a small market relative to Germany and even smaller still when compared to North America.

Macguire said Cannaray is now exploring additional acquisitions in its efforts to position the company as a leader in the European medical cannabis market.

Tyneeha Rivers will take on the role. 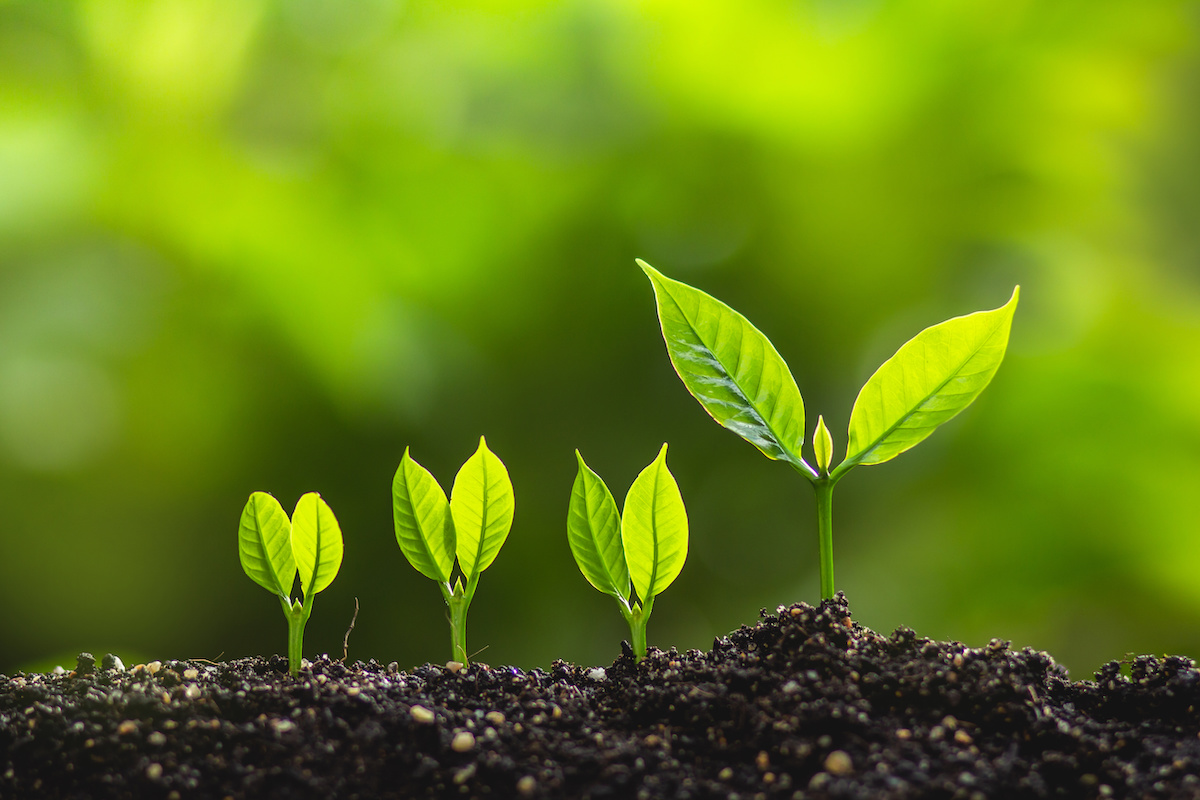 Curaleaf Holdings has appointed Tyneeha Rivers to the role of chief people officer (CPO) – a new position within the company.

Rivers will be taking on the role following the announcement of Matt Darin being named CEO. Darin will be replacing Joe Bayern, who will be launching a new CPG-focused division of the company.

CEO of Curaleaf, Darin, commented: “This is an incredibly exciting time for Tyneeha to join us and I am thrilled to welcome her to my executive leadership team.

“This is a critical focus for us at Curaleaf as we move the company forward. My goal is not only to be the leading global cannabis company, but also the place to be for the most talented, motivated, and passionate team members in the industry, bar none.”

Rivers stated: “I am honoured to join the Curaleaf team at this exciting time in the company’s evolution and rapid growth.

“Curaleaf has established itself as a leader in the cannabis space, not just in revenue or retail footprint, but in talent and commitment. I look forward to partnering with the entire Curaleaf team to continue focusing on strategic HR operations and the investment in the Company’s people, without whom this exponential growth would not be possible.”

Kendra Mark appointed as director of product at Tenacious Labs

Mark has a passion for health and wellness. 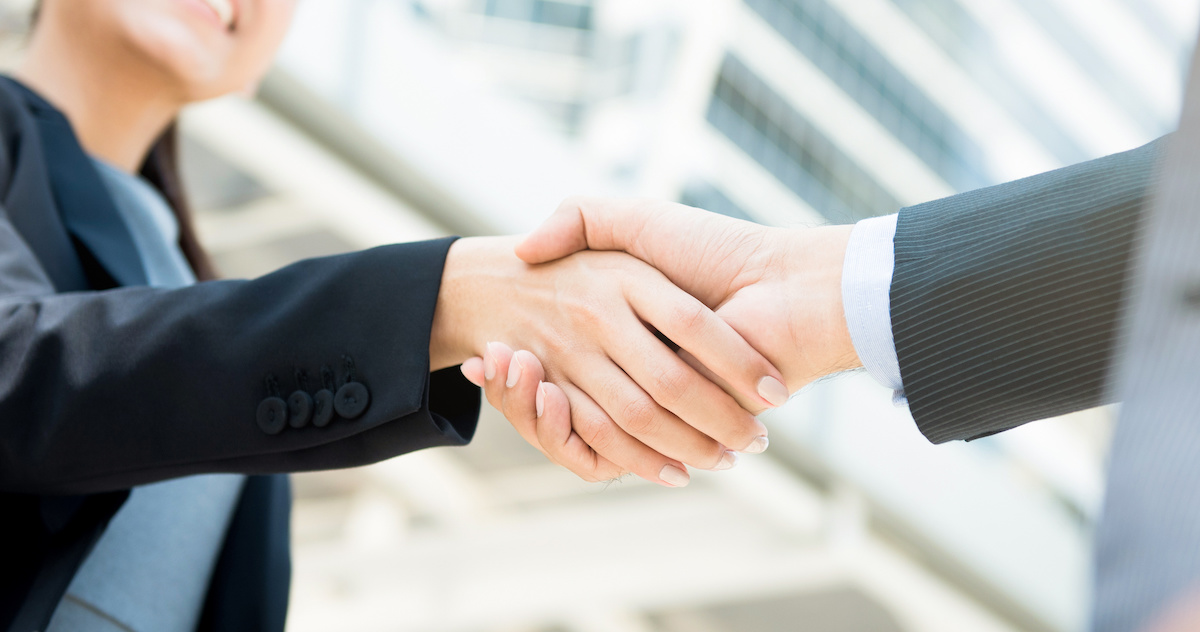 Mark joins Tenacious Labs with industry-leading expertise in new product development, significant experience in the CBD and hemp sector, and a passion for health and wellness.

COO of Tenacious Labs, Susie MacArthur, commented: “We are delighted to welcome Kendra to the Group. With considerable industry experience, both in senior leadership and new product development roles, her expertise will be invaluable as we look to scale up, launch our brands around the world, and become a leading consumer products group globally.

“We believe this is the start of a really exciting period for Tenacious Labs, and we’re pleased to have Kendra join us on our journey.” 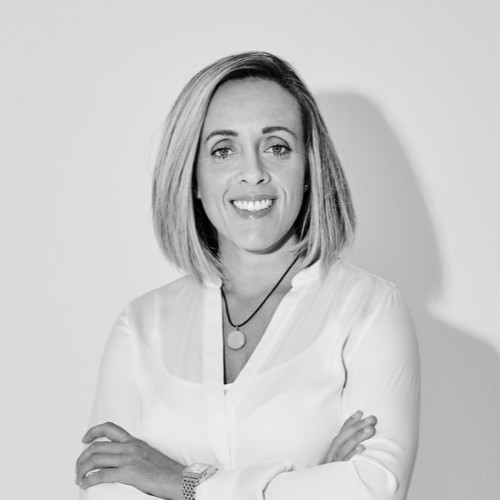 “Like me, the team have fantastic ambitions to create an industry-leading Group that harnesses the natural power of CBD and other emerging ingredients. I am looking forward to getting stuck in and doing what I love most: creating natural products that support the day-to-day wellbeing of consumers around the world.”

Mark most recently co-founded natureofthings, a wellness brand focusing on natural ingredients, minerals and elements, including hemp. She has also served as VP of product development at Hemp Depot, a specialist hemp wholesaler, and led 2Rise Naturals, a consumer brand specialising in high-quality CBD.

In her role at Tenacious Labs, Kendra will be responsible for creating unique and differentiated products across the Group’s portfolio of brands, such as Press Pause and HOO RAA.

Mark will also work closely with TL Manufacturing — Tenacious Labs’ wholly-owned production facility based out of Colorado, USA — to launch products in new and emerging categories. This will support the group’s broader strategic goal of becoming a leading consumer products group globally.

Kendra, who is based in Arizona, joins Tenacious Labs’ predominantly female management team, which includes its chief operations officer, Susie MacArthur; chief financial officer, Sally Hayes; and head of lifestyle brands, Dawn Fable, at the start of its next growth phase.

In addition to Mark’s role, the Group is also actively hiring for several new roles as it looks to scale up and launch its brands around the world.