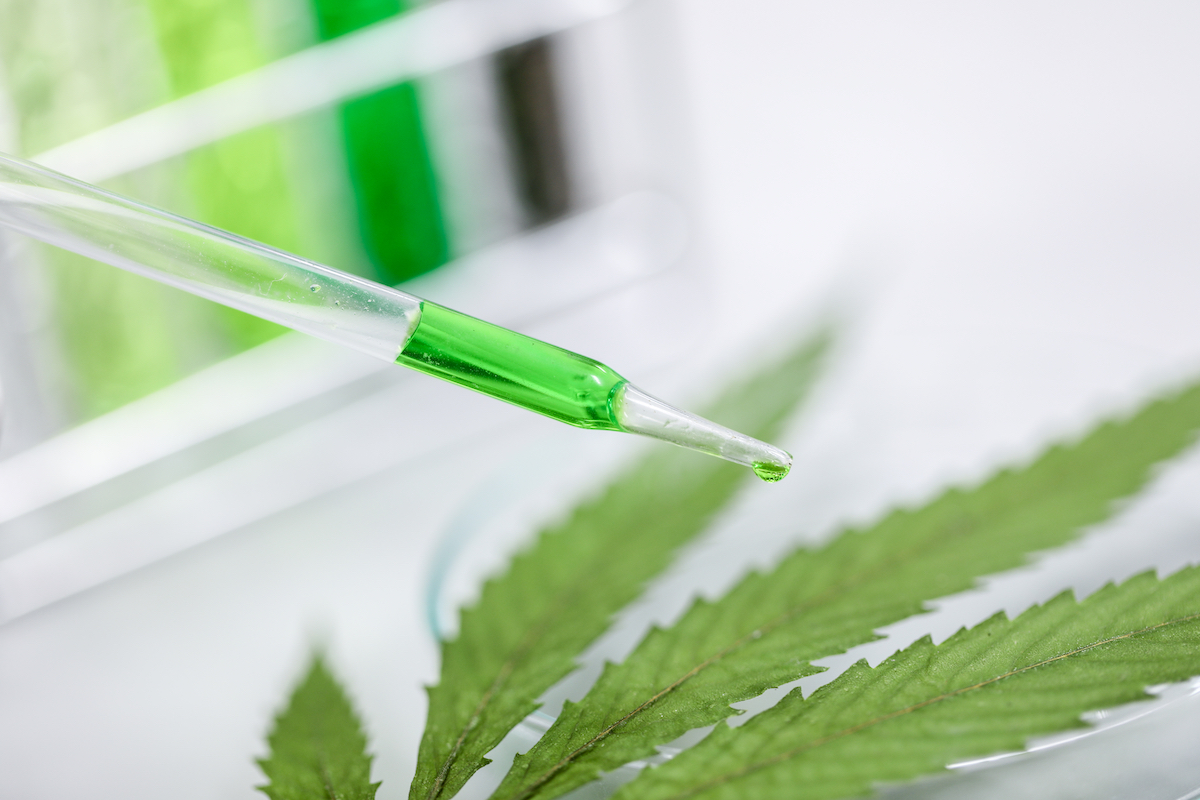 Trading on the Aquis Stock Exchange, UK-based pharmaceutical company Apollon Formularies has carried out third party independent testing of its medical cannabis formulations, which were found to be effective in killing hormone-resistant and hormone-sensitive prostate cancer cells in 3D cell cultures.

The medical cannabis formulations were developed by Apollon Formularies Jamaica Limited and testing was carried out by independent testing laboratory, BIOENSIS.

Apollon intends to immediately make the formulations available to licensed Jamaican physicians with experience in prescribing Apollon products, which will enable them to begin treating prostate cancer patients in Jamaica.

Stephen Barnhill, MD and CEO of Apollon, commented: “Cannabinoids have been seen to exert ‘anti-tumour’ effects by a number of different means, including killing cancer cells directly as well as inhibiting transformed cell growth and tumour metastasis.

“We are extremely excited that our proprietary medical cannabis formulations have been validated via independent laboratory testing to kill both hormone-sensitive and hormone-resistant prostate cancer cells in 3D cell cultures via direct cytotoxicity.”

“These remarkable results demonstrating the ability of the Apollon formulations to directly kill nearly 100% of prostate cancer cells in 3D cell culture provide us independent scientific evidence of the success of these products in pre-clinical testing,” added Dr Herbert Fritsche, Chief Science Officer of Apollon, and former Professor and Director of Clinical Chemistry at the University of Texas, MD Anderson Cancer Center.

“Pursuant to the Research & Development and the Retail-Therapeutic medical cannabis licences issued to Apollon Jamaica by the Jamaican Cannabis Licensing Authority (CLA), we intend to make these formulations immediately available to licensed Jamaican physicians experienced in prescribing Apollon products, allowing them to begin immediately treating patients who have prostate cancer in Jamaica where the companies’ formulations are currently available by physician prescription. This will allow us to supplement these impressive laboratory results with clinical data from the treatment of human patients.”

Chairman and CEO of Apollon Jamaica, Paul Burke, highlighted that the formulations are expected to be a more cost-effective treatment for prostate cancer.

“These Apollon formulation test results on prostate cancer and the plan to immediately begin treatments in Jamaica are extremely exciting developments for Jamaican men, in part, because traditional chemotherapy, radiation, and surgery cancer treatment protocols are expensive and require a great deal of infrastructure,” said Burke.

“As a result, many men in Jamaica and worldwide have gone without treatment or with only limited treatment. The Apollon medical cannabis formulations are expected to be comparatively much less expensive, providing an opportunity for more men to have their prostate cancer treated.

“I look forward to bringing these formulations to market as quickly as possible and in a manner that allows Jamaican men with prostate cancer, as well as men traveling from international locations to Jamaica as medical tourists for our treatment, to have access to high quality complementary and alternative medical care.”

The testing occurred as a part of a Joint Testing Agreement between the parties and was authorised in accordance with Apollon Jamaica’s Research & Development licence issued by the Jamaican government’s Cannabis Licensing Authority (CLA).

Stephanie is the editor of Cannabis Wealth.

The agreements follow its post-IPO review after its £16.5m fundraise and admission to the main market on LSE in May this year. 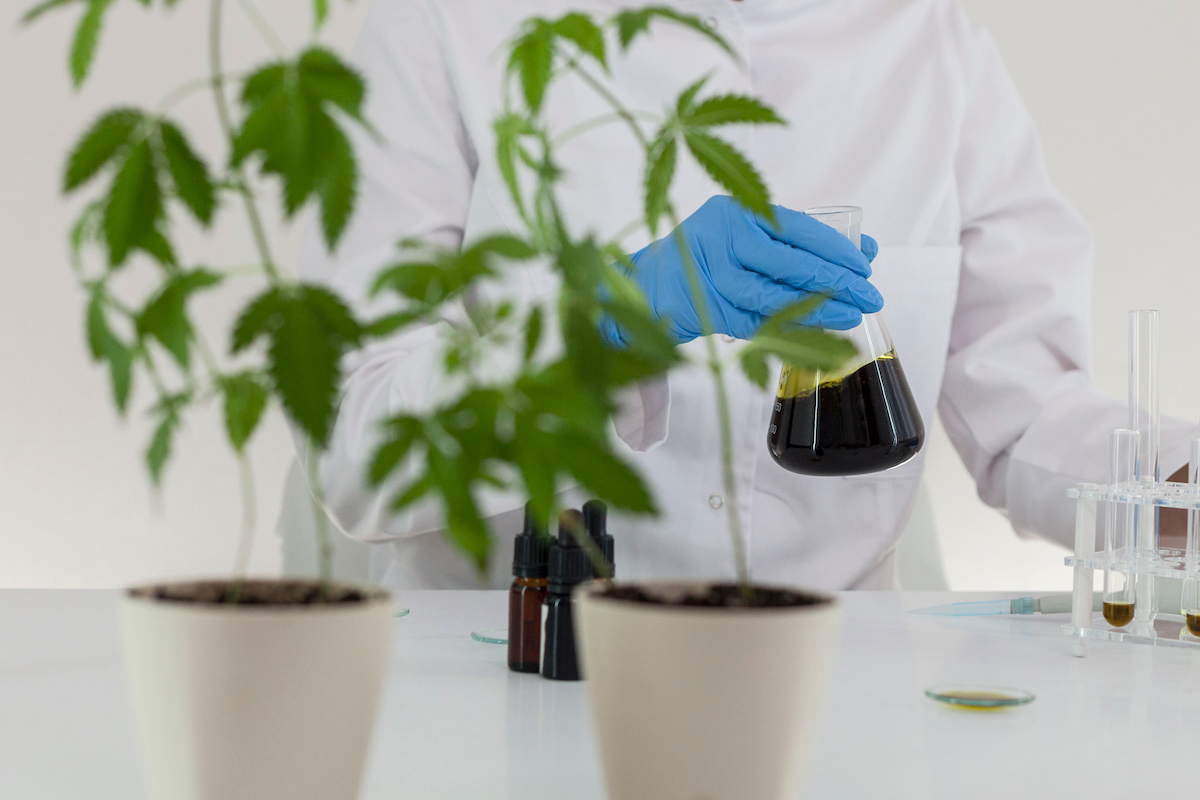 UK pharmaceutical company Oxford Cannabinoid Technologies has secured two commercial agreements that will contribute to the development of its lead compound and other drug development programmes.

The agreements follow its recent post-IPO review after its £16.5m fundraise and admission to the main market on the London Stock Exchange earlier in May this year.

Oxford Cannabinoid Technologies struck a deal with Voisin, which has over 200 professionals in the UK, US and India with expertise in medical devices, cannabinoids, neurological disorders and addictions, in June this year, which will support and advise the company on its regulatory strategy and roadmap for its drug development programmes in the US, UK and Europe.

This will include First Time in Human clinical trials for its lead compound OCT461201 – a selective cannabinoid receptor type 2 agonist which has initial indications in post-herpetic neuralgia and visceral pain caused by irritable bowel syndrome (IBS). The trials are expected to commence in 2022.

The deal with Aptuit (Verona) SRL, subsidiary of Evotec SE, a fully integrated drug discovery and development company based in Germany, with a market capitalisation of approximately €5.7bn, will provide access to Evotec’s technology platform to further accelerate the development of OCT461201 towards phase 1 clinical trials.

These trials will be aimed at demonstrating the compound’s safety and tolerability by utilising its INDiGO programme, which is an integrated drug development process for expediting early drug candidates to the clinical trial stage.

This is scheduled to run for approximately 12 months and will provide manufacturing, safety and toxicology packages for regulatory submissions to the UK’s Medicines & Healthcare products Regulatory Agency (MHRA) and in the US, The Food & Drug Administration (FDA).

Dr John Lucas, Oxford Cannabinoid Technologies CEO, said: “I am delighted with the company’s progress across all fronts. The board agrees that we are off to a great operational start as a public company with the two partnership agreements signed recently, and we remain firmly on schedule to deliver the drug development timeline set out in our prospectus dated 17 May 2021.

“The Group will continue to develop its drug pipeline and its proprietary, unique library of cannabinoid derivative compounds. Furthermore, we have visibility over a number of exciting developments and a clear path to growth. By utilising a range of inputs, the Group is creating a drug development portfolio that is intended to maximise the therapeutic potential of cannabinoids, long-term market value and market exclusivity across its activities.”

Supply chains urged to use authentication to protect cannabis products

The IHMA says counterfeit cannabis is an alarming development that sees criminals taking advantage of people in desperate need of products. 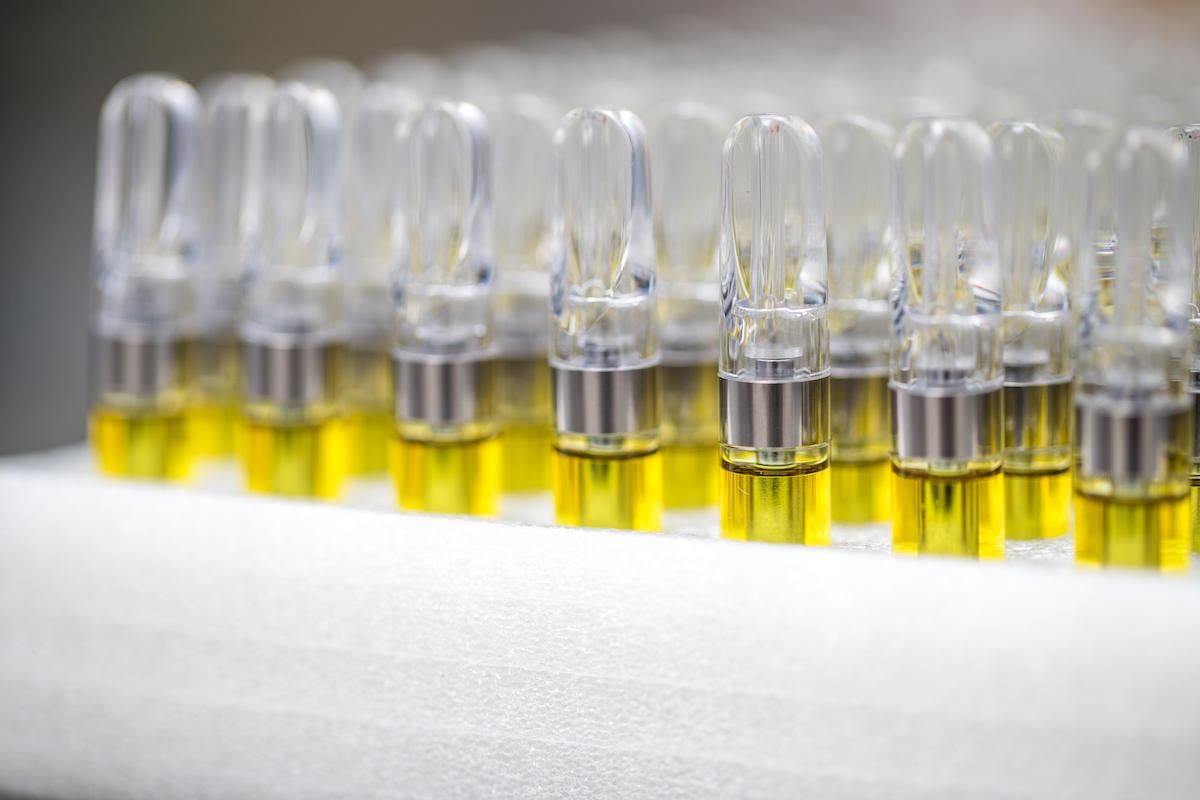 International trade body, the International Hologram Manufacturers Association (IHMA), is urging supply chains to protect legitimate cannabis products and packaging with authentication technologies after it was revealed that sales of counterfeit cannabis were on the rise.

The IHMA has emphasised that the sale of counterfeit cannabis highlights the critical need for regulated cannabis products used for pain relief, relaxation and sleeping disorders, to be fully protected and secured from the threat of criminal counterfeiters. It is now urging supply chains to use authentication technologies to protect their products.

The call follows a recent report from WediNos, a Welsh harm reduction project that analyses samples of drugs provided by the public and other participating organisations, warned of an increase in sales of synthetic cannabinoids that are being mis-sold as cannabis in the UK, posing a significant health risk to the general public.

An analysis of 37 samples in the UK which were believed to be THC e-liquids used in vapes found that only 26% contained THC or cannabis, while 57% contained some form of synthetic cannabinoid, and further reports have shown that cannabis edibles being sold via social media have been hospitalising UK school children.

The IHMA says that counterfeit cannabis is an alarming development that sees criminals taking advantage of people who might be in desperate need of products during the pandemic, and is now urging supply chains to review how they tackle this threat by looking at the use of authentication technologies.

Dr Paul Dunn, chair of the IHMA, said: “The rise in fake drugs is a huge global problem and cannabis counterfeits are no different. However, holograms are effective weapons in the battle to combat criminals.

Packaging for cannabis products must comply with stringent regulatory requirements, and the IHMA warns that in the next few years, as the race to improve production and bring down costs in the face of growing demand for legalised cannabis-derived treatments opens new opportunities for consumer goods and pharmaceuticals, the need for authentication of products will become even more critical.

“The use of track and trace programmes featuring security devices and integrated QR codes are particularly helpful in proving the authenticity of cannabis products and packaging. This can be very reassuring for all involved as well as consumers, confirming products are genuine and safe to use,” added Dunn.

Patent for THC as Alzheimer’s treatment granted to India Globalization 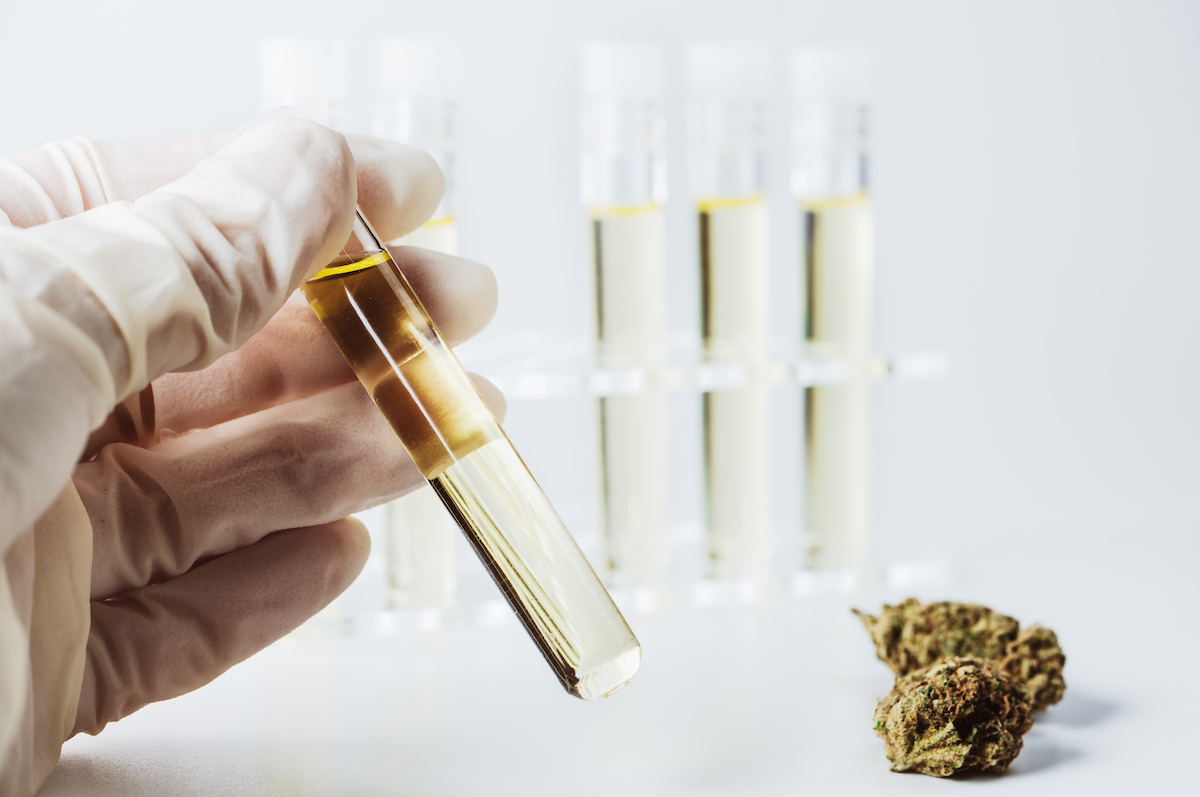 The United States Patent and Trademark Office has issued a patent to India Globalization Capital Inc. for the treatment of Alzheimer’s disease using THC.

India Globalization, which develops cannabinoid-based therapies for indications such as Alzheimer’s disease and pain, has been issued the patent, entitled ‘Ultra-Low dose THC as a potential therapeutic and prophylactic agent for Alzheimer’s Disease‘, for the treatment.

The company, which hopes that its formula could help to provide relief for the potential 50 million people across the globe which are expected to be impacted by Alzheimer’s disease by 2030, entered into an exclusive license agreement with the University of South Florida with respect to the patent application and the associated research conducted on Alzheimer’s disease.

The original application was initiated by the University of South Florida and filed on 1 August, 2016.

The granted patent relates to India Globalization’s proprietary formulation, IGC-AD1, which is the subject of the company’s placebo-controlled Multiple Ascending Dose (MAD) Phase 1 clinical trial to establish the safety and tolerability of the formula that uses THC on patients suffering from Alzheimer’s disease.

The company recently announced the completion of Cohort 3 in the trial. For Cohort 1, the company administered one dose of IGC-AD1 per day, in Cohort 2 the doses were increased to two per day, and the treatment will be increased to three doses for this final Cohort 3.

Participants have been monitored daily for safety, and for particular behavioural changes using the Neuropsychiatric Inventory scale. The Phase 1 trial is currently anticipated to conclude by September 2021 and the Data and Safety Monitoring Committee (DSMC) for the clinical trial will review the data from Cohort 3. India Globalization will report its findings from all three Cohorts to the FDA.